Slovak athlete and racewalker. At the beginning of his sports career, he focused mainly on 20 kilometers distance. Over time, he added a 50-kilometer distance. He achieved double success in 2015 - he set a new Slovak record for 50 kilometers (time: 3:34:38) and became the world champion in this discipline in Beijing. In 2016, he won the Rio Summer Olympics. He won a silver medal on the 50-kilometer track at the European Championships in Berlin in 2018.

A Czech track cyclist whose story can be an inspiration. After an accident that tragically affected his life, he was in a coma for several days, and, due to severe injuries, they predicted the end of his sports career. He did not give up on his dream. After a long period of convalescence, he gradually returned to world-class and again now races at the top level.

Czech athlete specializing in all-around (heptathlon). She has been collecting success in athletics since 2005. In 2007, she won a gold medal at the U17 World Championships, and in 2007 this performance was the best in the world. She is actively involved in supporting young talented athletes with McDonald’s Olympic Hopefuls. Personal record: heptathlon: 6400 (2018), pentathlon: 4506 (2016).

The Slovak biathlete, who has participated in the Biathlon World Championships several times, represented Slovakia at the 2014 Sochi and 2018 Pyongyang Winter Olympics, where she finished 5th in the 15 km race. In the summer of 2018, she placed first in the summer biathlon sprint at the World Championships in Nové Město na Moravě. She is the winner of the Slovak Award of the Year 2019 (Slovak Woman of the Year 2019) in the sports category.

The performance of professional athletes at the highest level is composed of small pieces like a puzzle. It is not enough to train "a lot" and "fast" headlessly. It is important to know when to take over and when to slow down so that key trainings have the highest possible effect. At that very moment, the mySASY system helps me. As an athlete who wants to improve, I don't like to skip workouts, I don't like to downplay them, but the morning measurements will always show me how my body is ready for a given training day. If the body suffers from the virus or inflammation mySASY alerts me. I don't manage trainings solely according to the results of the measurement, because the combination of the three sports is a bit of alchemy, but color, level of compensation and Total performance are indicators for me not to forget my body and listen to it.

Slovak runner and ski mountaineer. She has been competing in ski mountaineering only since 2017. In a short time, she has become one of the world's best. She is in 8th place in the World Cup standings.

Czech athlete specializing in the long jump. Holder of the Czech record in the Long Jump - 831 cm. He trains in a group of athletes under the leadership of former athlete, coach Josef Karas. 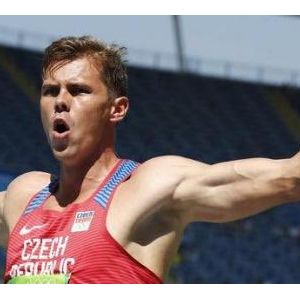 Czech athlete specializing in track and field. Personal record: decathlon: 8335 (2017), heptathlon: 6188 (2017). He trains in a group of athletes under the leadership of former athlete, coach Josef Karas. 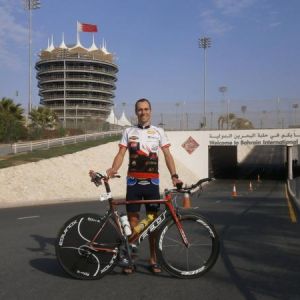 I decided to use mySASY to get to know my body better. Sometimes I woke up and felt bad, and the subsequent training that day went great. It happened to me the other way around, that I felt good, and at the same time, the training was difficult for me. It will be better to include a looser motive. Thanks to mySASY, I can now know immediately after waking up whether it will be better for my body to train harder or to relax with a regenerative workout.

Each season is very demanding, this year the main role will be played by my participation in the endurance World Championship of road motorcycles. During the winter training, I didn't want to leave anything to chance and I must say that with mySASY I managed to make it significantly more efficient. Although I suffered a cervical spine injury during the winter, which knocked me out of the game for a few weeks, thanks to information from mySASY, I was able to get back to solid form very quickly and good physical training was evident during the first motorcycle tests in March. I consider mySASY to be one of the key tools in managing the training of every top athlete.

Triathlon is one of the most demanding sports ever, and three-phase training is no exception to the best competitors. It is therefore very important to monitor their condition, mainly to minimize excessive stress or injury. mySASY makes it perfect for us! Coaches can optimize the training for competitors with regard to the best possible efficiency, and as a club, we have an overview of this.

This team brings together under its wings some of the best Czech Olympic triathletes, such as: Alžběta Hrušková, Lukáš Kočař, Jan Čelůstka, Romana Gajdosova, Lucie Kučerova Martin Krňávek, Radka Vodičková, Pavel Šimko, Lenka Radová, Vendula Frintová or also the best Czech Ironman, in the long run, Petr Vabrousek. In addition to the above-mentioned stars, a number of talented competitors in the adolescent and junior categories are competing for the Konrad tools team. Many of them are leading Czech representatives who successfully participate in international competitions every year.

Information about the club and athletes can be found on the website www.konradtoolsteam.cz

In professional sports, athletes are balanced, everyone trains hard. Therefore, the details determine success or failure. Effectively set up training, careful diagnostics, and feedback are key factors in my preparation. mySASY gives me such access, which is why I use the system regularly.

Physiological monitoring of an athlete is the best possible feedback. HRV as a biological feedback is a typical representative of physiological feedback. Systematic monitoring of an athlete´s condition is one of the cornerstones for optimal preparation. As there are no simple solutions, I appreciate the opportunity of detailed analysis in 3D graphs, where one can transparently see how the respective results were achieved.

Since athletics is an individual sport, emphasizing every training advantage, it is crucial for me to monitor the physical state of my organism and its response to the workload and follow-up regeneration. Thanks to mySASY, I can optimize my training to maximize my benefit for improving my physical condition. mySASY becomes a key solution providing significant information to determine the training load and alerts me before the risks associated with potential overloading. With this information, I have a huge advantage in front of my opponents. 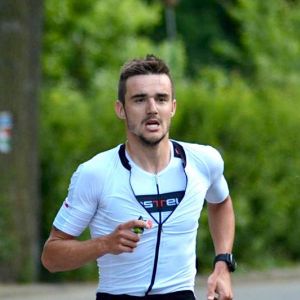 mySASY is a totally new method of training diagnostics which breaks down doubts about training quality in the long-run, as well as in terms of current feedback about training from the previous day. Thereby possible overtraining is eliminated and, at the same time, you can fully and efficiently make use of each subsequent training unit. 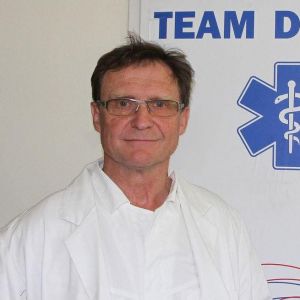 I am absolutely thrilled! Finally, we have in our hands a scientific diagnostic with laboratory accuracy, which enables controlling training units during convalescence and athletes returning to training after illness or fatigue syndromes of unclear origin. Now I´m really starting to enjoy this.

mySASY is not any old application which will measure your heart-rate, burnt calories and travelled distance. It is a fully complex diagnostic which facilitates my communication with my fitness coach or doctor, without me telling them a single word about myself! I enjoy golf, not tables and graphs. But I don´t mind looking at really functional things. So I know if it´s worth it getting out of bed at all :-)

This control method of work in the area of fitness preparation, with which we started working years ago at FC Baník Ostrava football club, in collaboration with associate professor Stejskal and especially in everyday contact with Dr. Šlachta, was literally a revolution! In terms of making planning of development of fitness preparation more efficient, particularly in connection with the cardiovascular system. Quite often I ponder to what degree did it affect the extraordinary success of our players at that time - Milan Baroš, Marek Jankulovski, René Bolf, Libor Sionko or Radek Slončík.